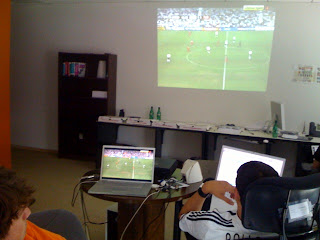 We've got a projector up watching the Germany/Turkey game live via BBC slingbox. This is in the design/webdev room at work (also called the Flight Control Tower). 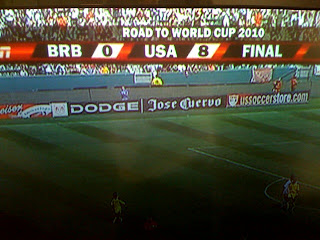 The US is off to a good start in world cup qualifying. 8-0 is kinda sick. Poor Barbedos. Where is that anyway?

I was on the field last night for the Quakes crushing by the Galaxy (3-0), but I could not get over the hype of David Beckham. It's for real. The fans LOVE the guy more than I have ever seen fans love a player. When he first walked on the field to practice - deafening. People kept yelling for him the whole time during warm up. When he came out with the lineup for the start of the game - deafening. When they announced the starting lineups - deafening. Every time he touched the ball - you could hear yells - or high-pitched screaming rather. The dude is popular to say the least.

They drew a crowd of nearly 40,000 to the game last night, which was an all-time record for the San Jose Earthquakes. Nobody is foolish enough to think it didn't have 100% to do with David Beckham being on the field. He is the new ambassador for soccer in the USA and it is working well. Hats off to the tattooed lad with much skill.

Oh wait... I should mention that a bit more. He actually *IS* an incredibly skilled soccer player. He is still one of the best in the world in my opinion.

Okay - that being said... Here's what the ladies want to see: 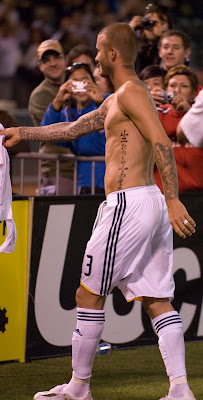 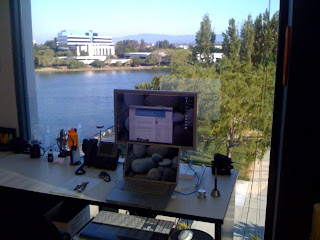 I just moved to my new spot at work and I love it!

One more year has passed. I just spent a bunch of time wandering through old photographs putting together a very long list of highlights from the years of exotic travel in search of cool things to see. If that sentence wasn't long enough for you, each of these photos are worth 1000 words:

I have literally tens of thousands of photographs taken over the years. Every one of them brings back memories of wonderful adventures. I could easily double this photo set, and probably will over time as I mine my archives...

This has been fun for me so please enjoy them, and feel free to comment as you browse. I'll keep adding to this set as I find good ones. :-) 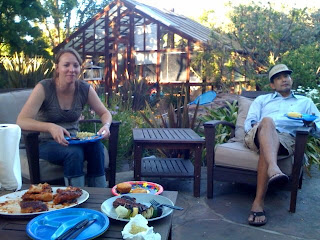 Today was a perfect California summer day. We had a water ballon fight, watched the US tie Argentina in a soccer game, and now a great BBQ at the Morishige's house. This is what we pay the silly house prices for...

On that note - go bid on my house at www.6082rollingglen.com

Posted by Joe Nuxoll at 7:28 PM No comments: 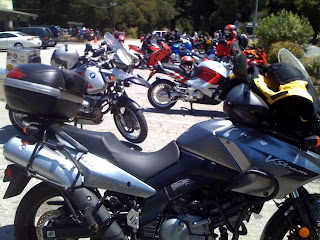 I rode up to Alice's Restaurant for lunch today. There are always a ton of bikes up here on Sundays.

Posted by Joe Nuxoll at 1:38 PM No comments: