I have never sent a holiday card. This year, I figured since I take soo many damn photos - I could just list the names of the subdirectories in my 2010 photos volume on my network drive. I started with that... then figured that was a tad too impersonal. I then collapsed the flat listing into sentence fragments with one paragraph per month. This isn't the most wonderful read, but it does pretty much cover what happened in my life this year! 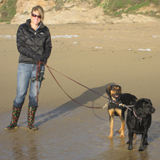 January - Celebrated New Year’s day at the Norbye house, shot a few whip cream cans with a pellet gun, skipped some rocks on Vasona Lake with the Quinns, took Jill’s dogs to the beach, did a photo shoot for the Tesla Roadster S, did some indoor skydiving, saw a nasty wreck on HW85, hiked around Colero Reservoir, attended CodeMash in Sandusky, OH, hiked Castle Rock State Park, hiked Sereno Park, had a track day at Laguna Seca in Monterey, CA, attended a vintage race at Infineon Raceway. 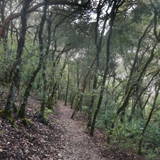 February - Sent the Lotus in for repair, attended Ryder’s birthday, drove around Calaveras Reservoir, hiked Castle Rock State Park again, wine and chocolates at Solis Winery after brunch at La Forét for Valentine’s Day, tested the new ContourHD in-car camera, visited the Apple Store in Scottsdale, AZ, met a baby puppy, hit 160,000 miles on my Pathfinder, photographed the Mexico vs Bolivia soccer game, tested the CountourHD some more, spent too much at Alexander’s Steak House, rode the motorcycle to Alice’s with my friend Noel and his shiny new motorcycle license.

March - Ran a few consecutive track days at Laguna Seca, watched my friends’ son’s band CIA play at a bowling alley, got a damage report on the Lotus, watched a Sharks game, got Jill’s a sweet Peeps costume for Halloween, completed a few more helmet camera tests, made the 2010 CenterLineSoccer supporters club cards, attended the Java Posse Roundup in Crested Butte, CO, did some downhill and cross-country skiing, and some snowmobiling in Colorado, photographed the season kick-off CenterLineSoccer event with the San Jose Earthquakes at Rosie McCann’s irish pub, turned 2 pounds of bacon into a huge bowl of fresh bacon bits, photographed the Quakes season opener soccer game, then had a track day at Infineon Raceway in Sonoma, CA. 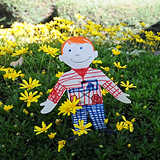 April - Got an iPad, photographed the top view of the Lotus for a friend, had some Arizona friends Ben & Lindsay stay for a visit, played bocci ball with them, hiked Castle Rock State Park with them, did some wine tasting with them, then had a track day at Infineon Raceway in Sonoma, photographed Quakes home games twice and the FC Gold Pride once, took Flat Stanley to Santa Cruz for nephew Jay, photographed friends’ son’s lacrosse game, photographed a very crazy looking sky, had brunch at La Forét for Dick Wall’s birthday, went wine tasting for Michelle’s birthday, attended Mark’s surprise birthday party, had a track day at Laguna Seca, watched my brother expertly drift my Lotus, photographed the grand opening of the new Quakes training facility, got another iPad.

May - Test drove a Lotus Evora, photographed the Quakes home games three times, took my sister Mary and her husband Red to Half Moon Bay, had a photo shoot for my cat Potato, photographed an FC Gold Pride home game, hiked Rancho Cañada del Oro, re-organized my desk setup, photographed the ALMS race at Laguna Seca, hung out in Carmel with Steve, Jen, and Mason Rossi, watched some salt water taffy being made, photographed a LOT of empty wine bottles then recycled them, attended a Kansas / Styx / Foreigner concert for free, had a pair of track days at Infineon Raceway, followed by another at Laguna Seca, attended the Morgan Hill Mushroom Mardi Gras.

June - Photographed a Quakes home game, hung out at the Infineon Historics, then drove a new V6 TDI Touareg, flew a helicopter, and did indoor skydiving all on my birthday, recorded a video for Sharon’s birthday, did another Potato photo shoot, hiked Calero Reservoir, watched the USA suck in the World Cup and somehow get praised for it, instructed at Laguna Seca without my broken Lotus, went to a Steve Martin and Steep Canyon Rangers concert, got an iPhone 4, started construction on my back yard retaining wall. 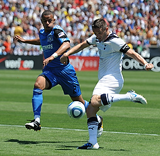 August - Photographed a Real Madrid vs Club America game, attended Seafair and photographed a lot of boats and jets, showed up at my 25-year 8th grade reunion dressed as myself in 1985, watched Tom & Sam & kids depart their own house in a motorhome and then arrive at my house days later after I had flown, took care of the kids for a few days, photographed a pair of Quakes home games, went sailing with Noel, did a photo shoot for Michael and Irina for their engagement, attended the Indy GP at Infineon Raceway in Sonoma, recorded a special message for Dr. Culbert that was never used.

September - Fixed a broken sprinkler, rode to Alice’s on the motorcycle, got terribly addicted to small remote-controlled helicopters, hiked Coyote Creek trails, had a track day at Laguna Seca, got a sweet outdoor fireplace for the back yard, photographed several more Quakes home games, attended the Soccer Silicon Valley Community Foundation annual dinner - where I supplied the all-dinner slideshow and donated 20 prints to the silent auction, won the bid for the whole-team autographed jersey (again), recorded the Java Posse 5-Year Anniversary live show at JavaOne, attended the most amazing Oracle party and was front and center for English Beat and Don Henley, did a pair of back-to-back track days at Infineon Raceway, photographed the WPS Championship match. 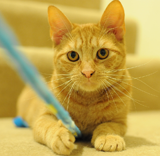 October - Guest hosted on the Quakes Cast podcast, attended Michael and Irina’s wedding, attended SF Fleet Week on a big sail boat to photograph the Blue Angels, hiked Castle Rock State Park, did some indoor skydiving, picked up another kitten and renamed him several times before settling on Punkin, photographed three more Quakes home games, attended third English Beat concert in as many months, had a track day at Infineon Raceway, drove down to Santa Barbara for Steve Rossi’s 40th, watched some Michael Jackson fans dance to Thriller, did a photo shoot with the new kitten Punkin.

November - Grew a beard for the Quakes playoff run (not the SF Giants), attended Massive Attack / Thievery Corporation concert at the Greek, got a sweet gas fire-pit for under the awnings in the back yard, upgraded the MacBook Pro RAM to 8GB, attended Devoxx in Antwerp, Belgium, then hung out in Amsterdam, bought a lot of chocolate, had a family Thanksgiving in Scottsdale, AZ, rode a Harley in the freezing boonies with my brother in-law Bob, hiked Pinnacle Peak Park with Ben & Lindsay.

December - Had way too much aquavit at the Son’s of Norway dinner, attended an Edward Tufte class, got an OnLive console, rented a motorhome and drove to Pismo Beach to rent ATVs on the dunes, visited Jill’s retired horse Pumba, celebrated Jill’s 40th with a surprise party in Los Gatos, watched a stunning full lunar eclipse in the middle of the night, traveled to Seattle for Christmas and stayed at Hotel Nuxoll Sammamish, hiked around property on Snoqualmie River, rode a bunch of ferry boats all over the Puget Sound, drove a 125 shifter kart in the snow, checked out the perfect view from Newcastle Golf Course, celebrated New Year’s eve with fun people in Bellevue, and was actually present at the stroke of midnight for my brother Tom’s birthday.

Oh, and probably some other stuff happened too - like work and stuff. If I missed your favorite event, then let me know!